Geographically Surabaya is crossed by the Kalimas River which runs from south to north with several branches to the east. Therefore the utilization of this river bank has an important role to increase the ecological and visual value of the city while securing the city space assets. Utilization of river banks as active and attractive city parks has been carried out by the Surabaya City Government. Some of them are Taman Prestasi, Taman Eksresi, and Taman Buah. These three parks are both on the banks of the river which are river border spaces which are not allowed to be made buildings. This study aims to identify the typology of space formed in city parks located on the banks of rivers. Then the findings of the resulting typology of hope can be useful in the development of urban parks on the banks of the river. This study found that the geometry of the park formed is a linear park with a linear circulation path as well. Access to the linear park can be from the middle or the end of the park. So that space to attract visitor activity at the ends of the park so it does not become a dead space that is empty of visitors. The types of spaces created at the end of the park include playgrounds, foot reflexology paths, historical monuments, mini libraries and food courts. 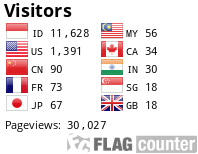